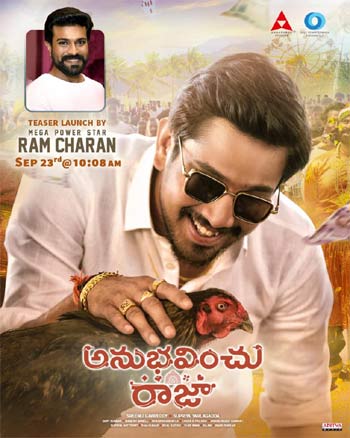 It is a known fact that hero Raj Tarun has teamed up with director Sreenu Gavireddy for an out and out entertainer titled Anubhavinchu Raja.

Now, the update is that the film’s trailer will be launched by star hero Ram Charan tomorrow morning at 10.08 AM.

The comedy caper is being produced by Annapurna Studios Pvt Ltd, in association with Sree Venkateswara Cinemas LLP (SVCLLP).

The film is set in a village backdrop and Raj Tarun appears as a Pandem Rayudu. Kashish Khan is the leading lady opposite Raj Tarun in the movie.