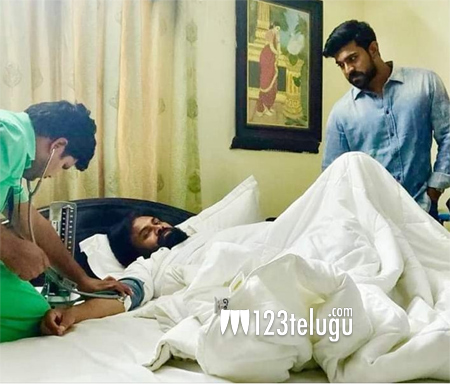 Due to the nonstop campaigns across several towns and villages in Andhra Pradesh in the harsh summer heat, Janasena chief Pawan Kalyan had suffered dehydration and has been under doctors’ supervision for the last couple of days. Coming to his timely assistance, Pawan’s nephew Ram Charan has landed in Mangalagiri and met him at his residence.

This afternoon, Charan took to his Facebook and gave the much-needed update on his uncle’s health status. Charan revealed that Pawan is extremely weak and dehydrated. He went on to say that although doctors have advised Pawan to completely stop his election campaigns in this extreme heat, Pawan decided to campaign in Anakapalli and Pendurthi today due to the shortage of time before the polling. 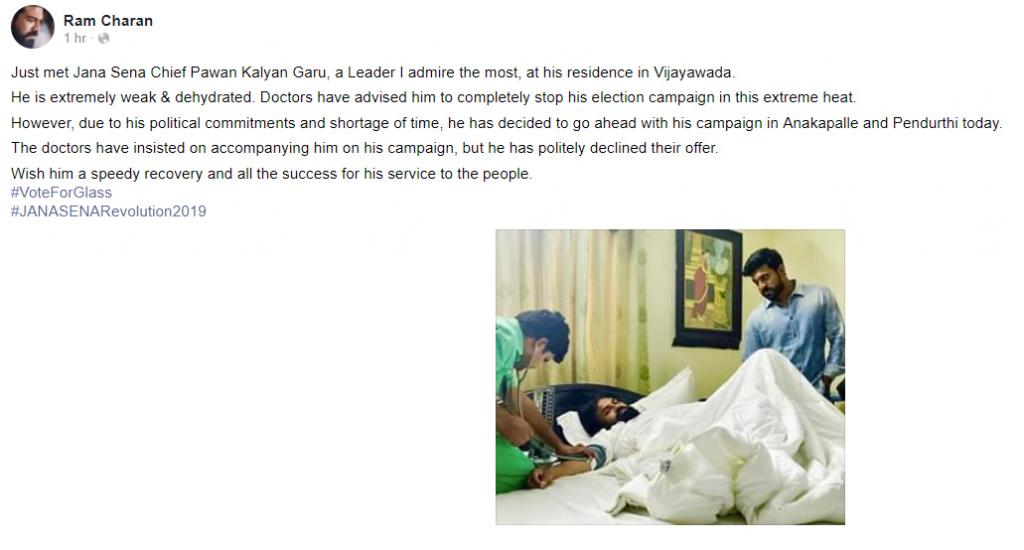