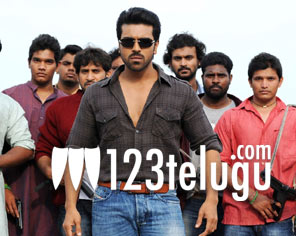 Will Mega Power Star Ram Charan’s ‘Nayak’ release ahead of its planned schedule? That seems to be the message coming out of the movie’s production department. The film was first slated for a January 13th release and later, there were reports that the movie would release in end January. But now, the production team is insisting that the film will release on January 9th, in time for the very attractive Sankranthi season.

The announcement has been made on the occasion of director V.V.Vinayak’s birthday, which falls on October 9th. Danayya DVV is the producer of this movie and Kajal Aggarwal is the heroine. Kajal Aggarwal and Amala Paul are the heroines in this mass action entertainer.