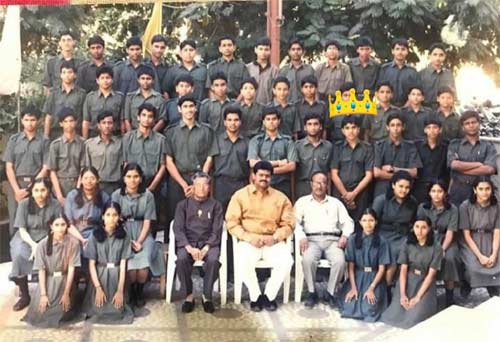 Ram Charan has a massive fan base and ever since he joined social media some good information and pictures are coming out of him one after the other.

One such picture of Ram Charan has gone viral now. Seen here is Ram Charan during his tenth standard. He is spotted in the second row from the right. In the same picture is Charan’s good friend Rana, fifth from the left in the same row.

Charan is busy with his latest film RRR and his teaser of Alluru has gone viral and has created a superb buzz for the film.