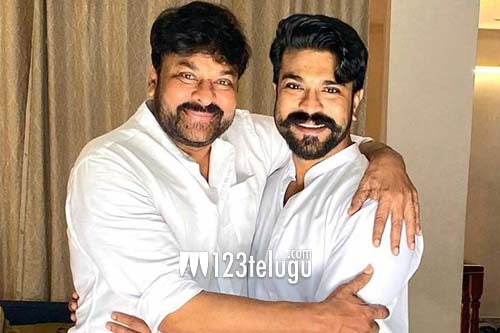 On September 22, 1978, Megastar Chiranjeevi’s debut film as an actor, Pranam Khareedu, released in cinemas and the rest is history. This landmark film completed 43 years yesterday, and Chiru took to Twitter and thanked his fans and audiences.

This morning, Chiru’s son Ram Charan took to Twitter and tweeted a special post. He shared a couple of pictures of Chiru from Pranam Khareedu and his upcoming film, Acharya. “43 years and still counting! My Appa @KChiruTweets,” tweeted Charan, following it up with a red heart.

Even though Chiru first faced the camera for Punadhirallu, Pranam Khareedu made it to theaters first, marking his foray into the Telugu film industry.