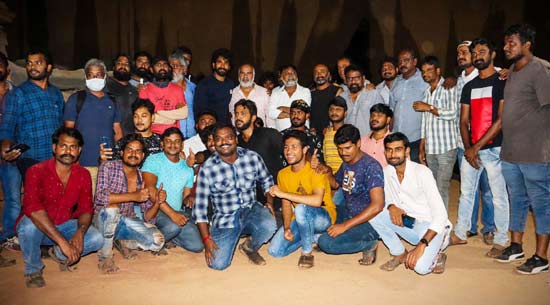 Tollywood hero Ram’s maiden Telugu-Tamil bilingual film under Lingusamy’s direction has wrapped up its second schedule last night. After a brief gap, the unit will kick-start the next major schedule.

Ram had injured his neck during a workout and was seen missing in action for the most part of the just concluded schedule. So the unit has canned several crucial scenes featuring the film’s main antagonist Aadhi Pinisetty.

Krithi Shetty is the leading lady in the movie, while Kannada beauty Akshara Gowda will be seen in a key role in this Srinivasa Chitturi production. DSP is scoring the soundtrack. Stay tuned for further updates on the film’s first look.