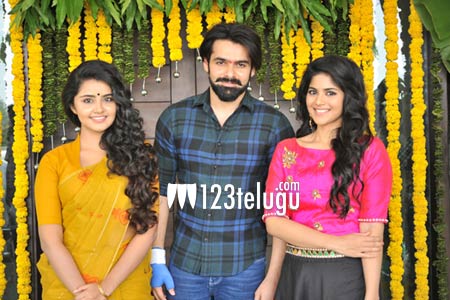 Hero Ram’s ongoing film, Vunnadi Okate Zindagi, has wrapped up more than fifty per cent of its shooting so far. The movie’s unit had shot extensively in Vizag, Araku and Hyderabad. On August 6, the VOZ team will head to Ooty for a long schedule.

As per the latest updates, the makers of Vunnadi Okate Zindagi are planning to release the film on the auspicious festive day of Dasara. It is indeed a brave decision as the Dasara season is already jam-packed with big ticket films like Jai Lava Kusa and Spyder.

However, unlike the above three movies, VOZ is a romantic drama and it should find good patronage among young audiences. Anupama Parameswaran and Megha Akash are the female leads in VOZ.