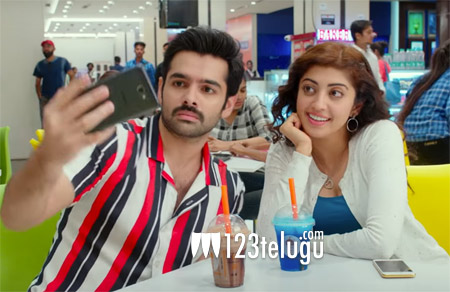 After a long gap, Ram is back with a new love story titled Hello Guru Prema Kosame. Directed by Trinadh Rao Nakkina, the film has been produced by Dil Raju, and it also stars Anupama Parameshwaran and Prakash Raj in key roles.

Interestingly, Ram, who is well known for his energetic dance moves, is said to be introducing a new dance style through this film. Named as “Popping”, the stylish dance moves are said to be first for a South Indian film, and Ram has promised his fans that he will continue to experiment more in his future films too.

DSP has scored the music, and the film is slated for release on October 18.

Adigaruga..Introducing a new style of dance called “Popping” for the first time in South Indian Cinema with this song..will take it to the next level in my forthcoming films🤙..glad you all loved the simple moves.. https://t.co/Io69hjeFcS choreo by Vijay master. #Love -R.A.P.O