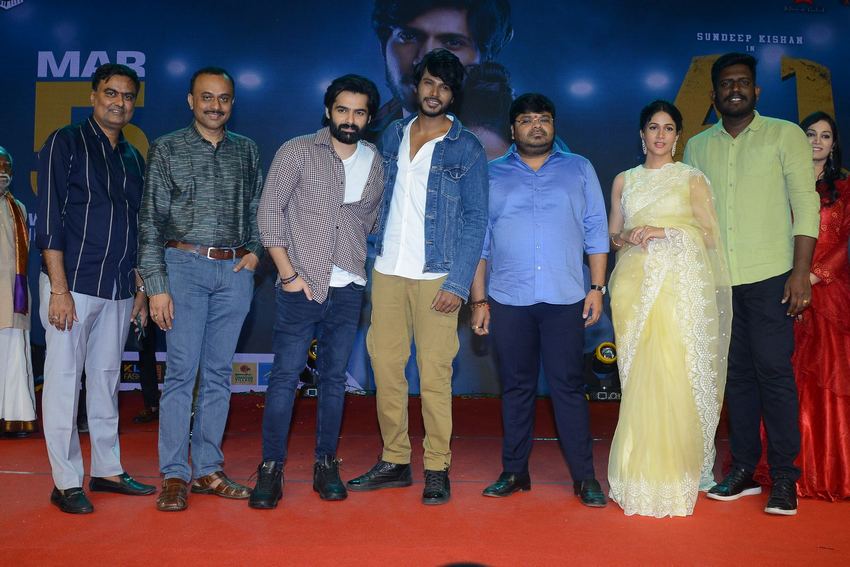 The pre-release event of hero Sundeep Kishan’s landmark 25th film ‘A1 Express’ was held tonight in Hyderabad. Speaking at the event, Sundeep revealed a couple of unknown titbits about him and his long-time friend and the event’s chief guest, Ram.

“Ram was the first hero I had met before I made my debut in films. Another unknown fact is that my first accident in my life happened in front of Ram’s eyes,” Sundeep revealed. The young hero went on to thank Telugu movie lovers for reviving the film industry by making the recently released movies super hits with their passion for movies.

A1 Express features Lavanya Tripathi as the female lead. The film is directed by debutant Dennis Kanukolanu and produced jointly by TG Vishwa Prasad, Abhishek Aggarwal, Sundeep Kishan and Daya Pannem. The film is gearing up for release on March 5.