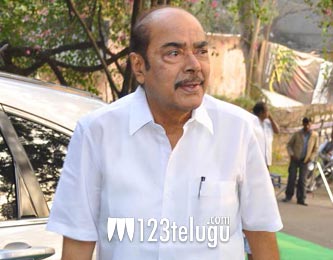 Movie mogul D Ramanaidu is gearing up to produce his next film which will be directed by P Sunil Kumar Reddy. In the past, Sunil Kumar Reddy had directed films like Sontha Ooru and Oka Romantic Crime Katha. This untitled film to be produced by Ramanaidu will go on floors next month. Incidentally, it’s going to be Ramanaidu’s 137th film as a producer. His 136th film is in fact a Punjabi film titled Singh Vs Kaur which is gearing up for release in mid February. Yesterday evening, the Central Government formally announced that it’s going to confer the prestigious Padma Bhushan award to D Ramanaidu. When he was asked what he’s planning to do next, Ramanaidu replied, “I wanted to direct a film now. Someone suggested that I should remake Mande Gundelu, but I would like to take up a new subject for my film.”