Rambha’s tribute song from Maha Samudran to be out tomorrow
Published on Aug 5, 2021 3:00 pm IST 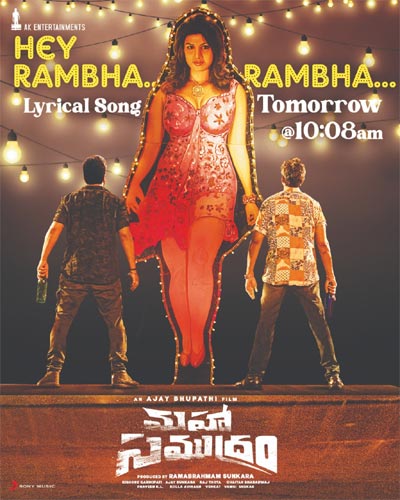 Ajay Bhupathi made a big name for himself with the super success of his debut film RX100. He is also ready with his second film called Maha Samudran that stars Sharwa and Siddharth.

The shooting of the film has been wrapped up already and now the promotions have started as the first song will be released tomorrow morning.

What’s special is that this song is going to be a tribute to yesteryear hot heroine Rambha. The title of the song is also based on Rambha and has been composed by Chaitan Bhardwaj. So, we need to see how this sing will turn out and who will star in it.