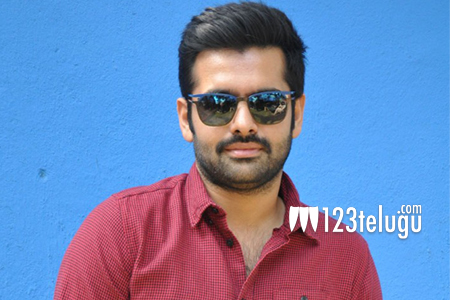 Ram and Keerthy Suresh starrer Nenu Sailaja’s first look poster was unveiled yesterday by producer Sravanthi Ravi Kishore. Touted to be a romantic comedy entertainer, the film will see Ram as a DJ.

Kishore Tirumala of Second Hand fame has directed the flick. Speaking at the launch, Kishore said, “The film is an out and out love story based on real incidents I have seen in my life. We are planning to release the audio on December 12 and the film will hit the screens on January 1 for New Year.”

Devi Sri Prasad has scored the music for the film , which also has Satyaraj and Naresh in crucial roles.