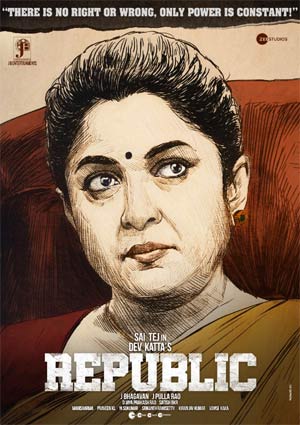 It is a known fact that Sai Dharam Tej is doing a film called Republic in the direction of Deva Katta. The film is almost done with its shoot and the makers have started their promotions.

Today, the makers sprung a surprise as the first look of Ramya Krishna from the film was revealed for the audience.

The noted actress looks fierce in the poster and the news is that Ramya has a very powerful role in the film which is a social drama.

Sai Dharam Tej is playing a collector in the film that has a hard-hitting premise and is being made on a decent budget.