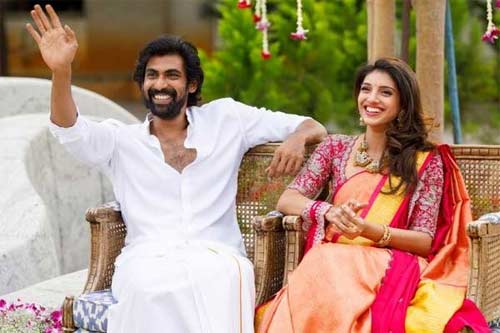 Rana shocked the world when he announced during the lockdown that he was seeing Miheeka Bajaj and got engaged to her. So many surprised and started googling as to who this Miheeka Bajaj is.

The talk in the film circles is that Rana and Miheeka’s was a ten-year-old relationship. Going back in time, Venkatesh did a film called Nagavalli, and Miheeka’s mom designed the jewelry for that film.

The news is that Rana, who was managing the production of the film met Miheeka then and had been close to her. Over the years, Rana and Miheeka were good friends and then later turned as a couple.

Not many in the industry knew this and only when Rana was sure about Miheeka, he proposed to her and now he is happily married.