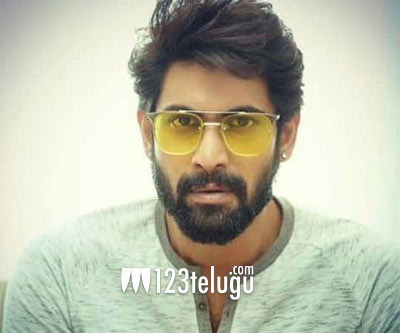 Macho hunk Rana Daggubati has transformed himself into a lanky young lad for his role of Nara Chandrababu Naidu in NTR, the prestigious biopic on legendary actor and former AP CM NT Rama Rao. Rana is totally overwhelmed being part of the biopic that’s recreating the legendary actor-politician life and legacy.

Interacting with a popular national daily, Rana said that he had learnt history and mythology through NTR’s films. “I have grown up on his cinema, learnt reading and writing Telugu practicing his dialogues. From the time I was a child I was fascinated by NTR, his films and politics, his influence on society and on Telugu as a language. So, getting an opportunity to recreate his life was a big deal for me,” said Rana.

NTR has Nandamuri Balakrishna essaying NTR’s role. Vidya Balan plays Basavatarakam in this much-awaited biopic. Krish is directing the movie and Balayya co-producing at in association with Sai Korrapati and Vishnu Induri.