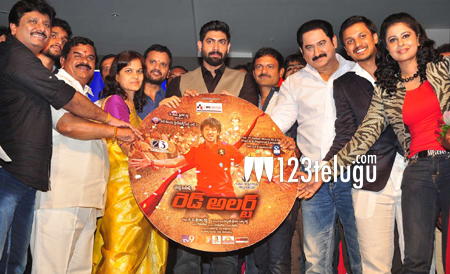 Red Alert is an upcoming multi-lingual film starring H.H. Mahadev and Anjana Menon in the lead roles. Chandra Mahesh is the director and PV Sreeram Reddy has produced the film on his Cine Nilaya Creations banner. Ravi Verma has composed the tunes for the film.

The audio of the film was unveiled yesterday night in Hyderabad by Tollywood’s macho hero Rana. Speaking on the occasion, Rana said that he shares a good rapport with the hero and the producer of the film and wished for the film’s success. Noted celebs from film industry like Tammareddy Bharadwaj, Suman, Kavitha, Madala Ravi and few others have graced the event.