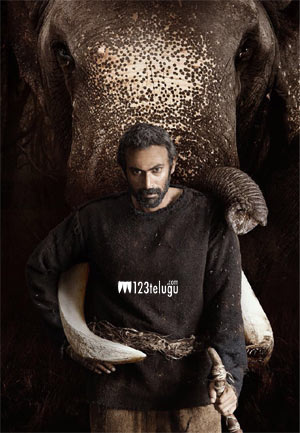 Over the past few years, Rana Daggubati has been experimenting with his physique and his weight kept fluctuating ever since he had signed Baahubali. Recently, Rana’s first look from his upcoming trilingual film, Haathi Mere Saathi, was unveiled and the actor surprised everyone with a lean look.

In his latest interview with a popular Mumbai-based daily, Rana revealed that he has lost 15 kilos for his environmental activist role in Haathi Mere Saathi. Rana said that he didn’t eat non-vegetarian food for 6 weeks and stopped weight training and only did simple cardio exercises to shed the muscle. “I want to live my character,” Rana said.

Haathi Mere Saathi will go on floors from January 25 in Thailand. The film will hit the screens during Diwali.