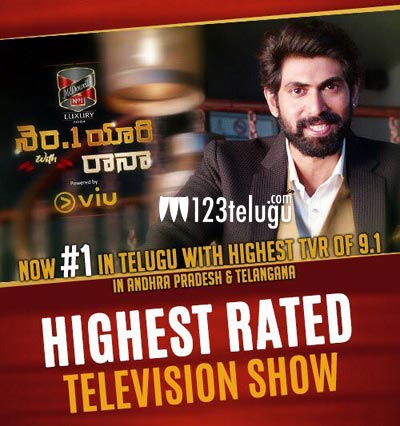 It is well-known that macho hunk Rana Daggubati recently made his small screen debut with a talk show titled No.1 Yaari. The show is being aired on Gemini TV and it explores the friendship among Tollywood celebrities.

No.1 Yaari has clocked an impressive 9.1 TV rating points and stood as the number one show in Andhra Pradesh and Telangana. Rana took to Twitter and thanked everyone for making his TV debut a grand success.