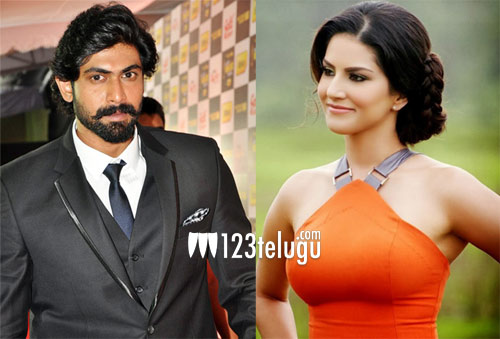 Looks like there is no stopping Rana Daggubatti. After landing a plump role in Akshay Kumar’s Baby, Rana has signed yet another Bollywood film titled One Night Stand. Interesting aspect of this film is that Rana will romance none other than the sultry Sunny Leone.

Shooting of the film will kick start by the end of the year and Jasmine D’Souza is the director. Meanwhile, Rana has wrapped up Rudramma Devi, and is busy shooting with Akshay. He will also be seen in Rajamouli’s magnum opus Bahubali which hits the screens next year. Looks like Rana has hit the right chord, and has become an actor to look out for in 2015.