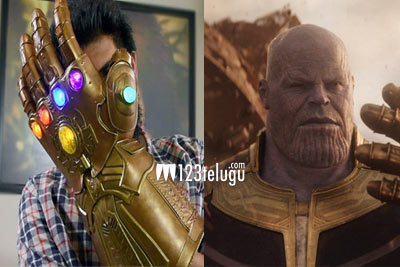 Actor Rana Daggubati is currently shooting for Haathi Mere Saathi in Thailand. He has several exciting projects which will hit the screens later this year. And now, Rana turned a voice-over artiste for the soon-to-release Hollywood superhero flick, Avengers: Infinity War.

Rana has lent his voice to the villainous Thanos character in Avengers: Infinity War’s Telugu version. Apparently, Rana is a huge fan of the Marvel comics and movies, and he is quite excited to have been part of the Marvel universe.
Avengers: Infinity War will be released on April 27. Disney India is releasing the movie across India in English, Hindi, Telugu and Tamil languages.