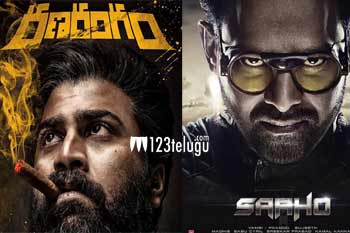 Ranarangam is a film which many are eagerly waiting for. The film which was supposed to release on the 2nd of August was creating a few doubts about its release date as there was not much promotion going on for the film.

But now, the confirmed news is that the makers of the film have decided to postpone the film to August 15th. So, this creates a new discussion saying what will happen to Saaho which is also coming in on same date.

There is a talk that Saaho has also been postponed to August 30th and that is the reason Ranarangam has been moved to August 15th now. An official confirmation will be made soon.