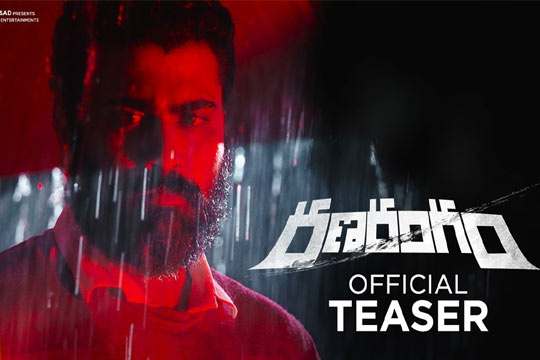 Sudheer Varma is one director who has a lot of potentials. He makes his films in a stylish manner and he has done the same with his new film Ranarangam as well.

The teaser of the film is out now and has found a decent response from the netizens. Sharwa is shown as this aging don in the film. Right from Sharwa’s look to his body language, everything looks good in the teaser.

The film is a period drama about a gangster and is set in the ’90s. The BGM to the visuals everything looks classy in the teaser. Kajal and Kalyani Priyadarshan play his love interest in the film.

The caption given is Sharwa hero or villain looks nice. The teaser has surely created interest as of now and the news is that Sharwa has given a superb performance as a gangster.

The film is up for a release on the 2nd of August.