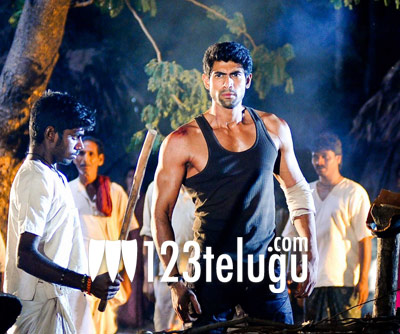 Rana’s upcoming film Krishnam Vande Jagadgurum is almost complete except for a song. Directed by Krish, the film stars Rana and Nayanthara in lead roles. Rana plays the role of B.Tech Babu, who hails from a family of artists and the film is about is about how his life changes after he meets a documentary filmmaker, a role which is being essayed by Nayanthara. “Morning! Back on set shooting for the last song of #KVJ! And a hello from my new android,” Rana posted on Twitter. We had earlier reported that a special song featuring Rana, Venkatesh and Sameera Reddy is going to be shot for this film. Saibabu Jagarlamudi and Y Rajeev Reddy are jointly producing the film. Mani Sharma has composed the music. Krishnam Vande Jagadgurum’s audio is going to be launched on October 7 and the film will release shortly.