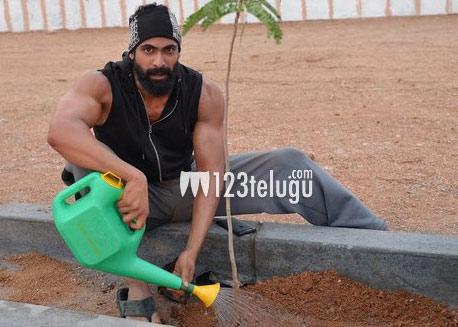 Rana Daggubati has always been a well built hunk ever since he came into the film industry. But he really put on some muscle for the film ‘Baahubali’. As the second part is now under production, Rana seems to have bulked up a little more.

In photos that were released today, Rana’s muscle tone looks impressive. There is excellent definition in his muscles and it is evident that the actor has been working out according to the very best international standards.

Rana is busy with a host of films that are lined up for a release over the next 12 months.