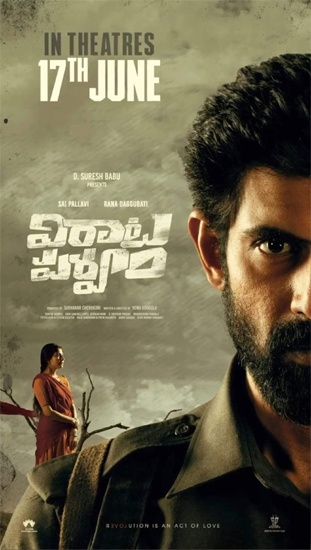 Earlier today, there was news that the makers of Virata Parvam will make a special announcement. The time has come and it is about the release of the film.

Virata Parvam has Rana and Sai Pallavi as the main leads. Venu Udugula has directed this film which has a period backdrop and Rana will be seen as a Naxalite.