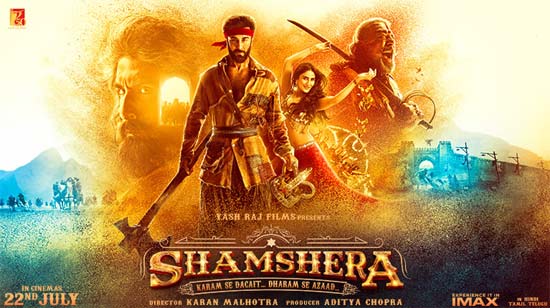 Bollywood superstar Ranbir Kapoor’s recent theatrical release Shamshera turned out to be a big disaster at the box office.

Shamshera has now landed on OTT as it is made available for streaming on Amazon Prime Video.

There wasn’t a lot of noise surrounding Shamshera’s OTT release and it arrived on Amazon Prime Video out of the blue of sorts.

Shamshera is streaming in Hindi, Telugu, and Tamil languages on Amazon Prime. The film has Ranbir, Vani Kapoor, and Sanjay Dutt in the lead roles. It is a period action thriller.