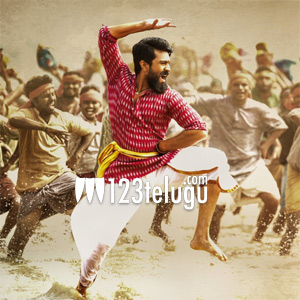 With each passing day, the buzz for Ram Charan’s Rangasthalm is growing quite strong. The pre-release business of the film is going on in full swing and the latest we hear is that the entire Karnataka, Krishnagiri, and Dharmapuri district theatrical rights have been acquired by Swagath Enterprises for a whopping 7.65 Crores.

This clearly shows what kind of buzz the film is creating all over. This is the first time that Sukumar has gone all mass and is set to show Ram Charan in a never before seen avatar.

Mytri Movies produce this film which has DSP composing the music.