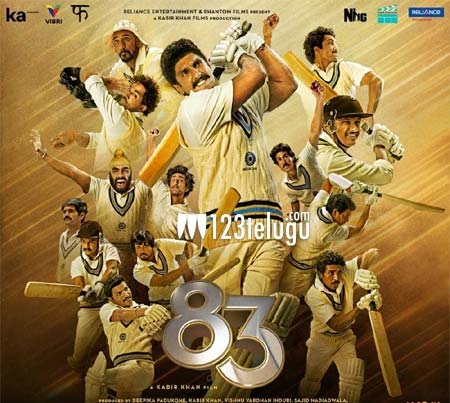 It’s raining announcements from big Bollywood banners. Now that the Maharashtra government has given the permission to reopen theaters across the state, the makers of several big and medium budget movies are announcing their release plans. Already, Akshay Kumar’s Sooryavanshi and Aamir Khan’s Laal Singh Chaddha have confirmed their release dates.

Now, Ranveer Singh’s 83, the much-awaited biopic on legendary Indian cricketer Kapil Dev, has been confirmed for a Christmas release. The exact date of release will be announced soon. The film, also featuring and co-produced by star heroine Deepika Padukone, is directed by Kabir Khan and it will be dubbed in Tamil, Telugu, Kannada and Malayalam.