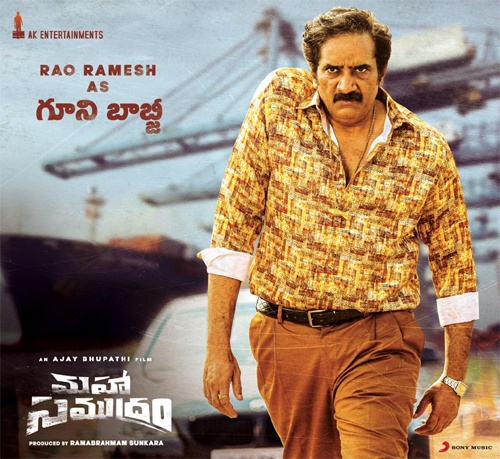 Just a few days back, we had revealed that Rao Ramesh will be doing a crazy role in the upcoming film Maha Smaudram. As it is his birthday today, the makers revealed his look.

Rao Ramesh is introduced as Guni Babji and will appear with a hunchback in the film. Director Ajay Bhupathi has been taking extreme care regarding all the aspects related to the film and he has taken special care in terms of the looks of all the actors.

Tipped to be an intense love and action drama, Sunkara Ramabrahmam bankrolls the film under the AK Entertainments banner.