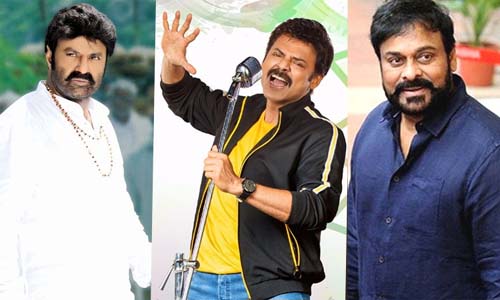 It looks like fans of the three senior Tollywood top stars – Chiranjeevi, Venkatesh and Balakrishna, will be witnessing a rare feat this summer. It’s well known that Chiru’s Acharya will be released in cinemas on May 13. And just a day later, on May 14, Venky’s Narappa will be hitting screens.

Now, the latest buzz in Tollywood circles reveals that Balayya’s ongoing action entertainer under Boyapati Srinu’s direction will be opening in cinemas on May 28. An official announcement regarding the release date will be out next week. If Balayya’s film makes it to theaters in May, Telugu movie lovers will be in for a huge treat, with three movies of the three senior stars releasing within 2 weeks.