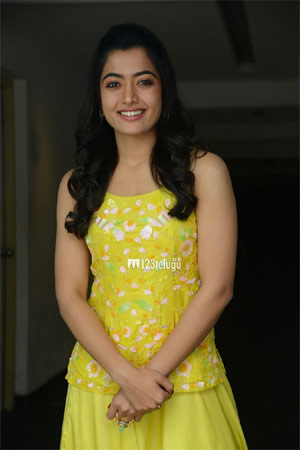 Rashmika, who scored a huge blockbuster recently with Sarileru Neekevvaru, is all excited about her upcoming film, Bheeshma. Directed by Venky Kudumula, the film stars Nithiin and Rashmika in lead roles, and it also has veteran Kannada actor Anant Nag playing a key role.

Talking about the film, Rashmika revealed some key details about the plot saying, “One of the highlights of the film is about how it addresses the topic of organic farming. Venky has made sure that this element is an integral part of the story and has also highlighted the importance of organic farming. However, the film itself isn’t about organic farming alone and it’s not preachy at all. I am sure that when people watch the film, they will walk away with a feeling that they have watched a fun film.”

Produced under Sithara Entertainments banner, Bheeshma is slated for release on February 21. The film’s trailer will be revealed at a grand ceremony, which will have Trivikram Srinivas as the chief guest.