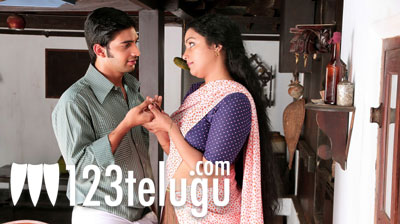 The Malayalam hit picture Ratinirvedam is all set to hit the screens in Andhra Pradesh on November 18th. The movie has recently completed its dubbing activities and this film is being distributed in AP by SVR Media Pvt Ltd.

Malayalee bombshell Shwetha Menon and Srijith have acted in this film. Ratinirvedam has been directed by T.K. Rajivkumar and the film deals with the controversial topic of love between an older lady and a much younger boy. This film is the remake of a 1970’s Malayalam film with the same name. That movie had Jayabharathi in the lead role and it went on to become a cult classic.