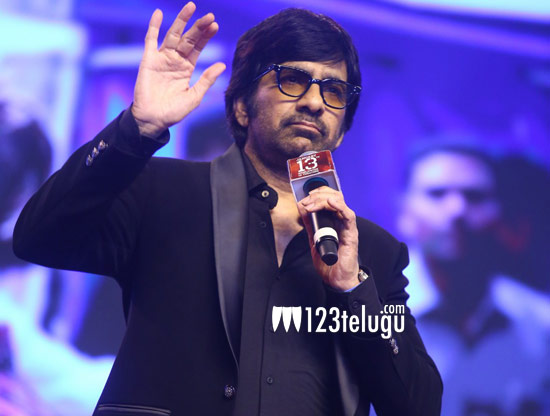 Chiranjeevi’s Waltair Veerayya is one of the biggies to arrive this Sankranthi season. The movie is directed by Bobby and bankrolled by Mythri Movie Makers. The special attraction of the film is Mass Maharaja Ravi Teja. The movie’s pre-release event is conducted today in Vizag.

At the event, Ravi Teja congratulated all the artists and technicians, citing his confidence in the movie. Ravi Teja said that he became a fan of Chiru in his childhood. He described an incident when he missed watching Chiru and promising his friends that one day he would sit beside Megastar.

Ravi Teja said that producer Naveen is a very positive person and extended his best wishes to the production team. The movie has Shruthi Haasan as the leading lady and will release on 13th January.