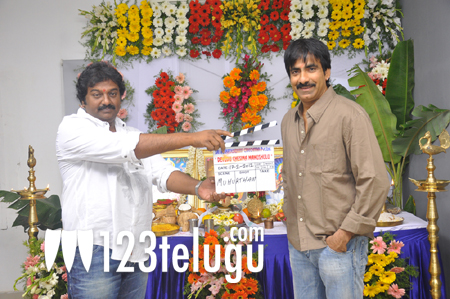 As we reported earlier, Devudu Chesina Manushulu, a new flick with Ravi Teja as the hero and Puri Jagan as the director, has been launched today in Puri Jagan’s office. The muhurtam shot was canned on Ravi Teja and star director V.V.Vinayak gave the honorary clap. This movie is being produced by BVSN Prasad and Ileana is the heroine.

Regular shooting of the film will begin from March 2nd and shooting will be wrapped up in one single long schedule. Raghu Kunche is scoring the music for this movie.