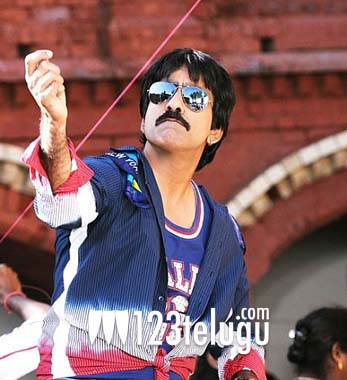 Mass Maharaja Ravi Teja has not been in the best of form lately. But is he all set to make a roaring comeback? Industry sources say yes. Ravi Teja’s upcoming socio fantasy entertainer ‘Daruvu’ is all set for release soon.The movie is said to be a hilarious entertainer and the film has reportedly come out well. Veteran Tamil actor Prabhu will be seen as Yamadharma Raja and his scenes with Ravi Teja are expected to be a major attraction for the film.

Shiva is the director of this movie and Tapsee is the heroine. Music has been scored by Vijay Anthoni and Burugupalli Sivaramakrishna is the producer.