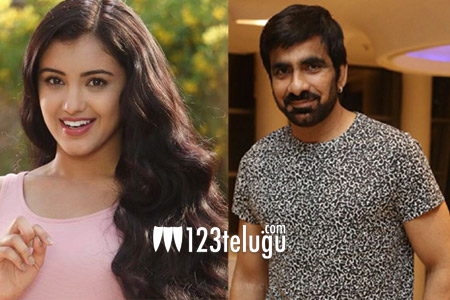 Hero Ravi Teja is all set to kick-start his next film in the New Year. The Mass Maharaja’s next film will be directed by SCN and RRVC director Kalyankrishna. Ram Talluri will produce the movie under SRT Entertainments banner. Tentatively titled Nela Ticket, the film willl have its formal launch on January 5.

Meanwhile, the latest update is that the makers have zeroed in on a young Mumbai actress named Malavika Sharma for the leading lady’s role. Malavika had appeared in several advertising films in the past. An official announcement is awaited in this regard.