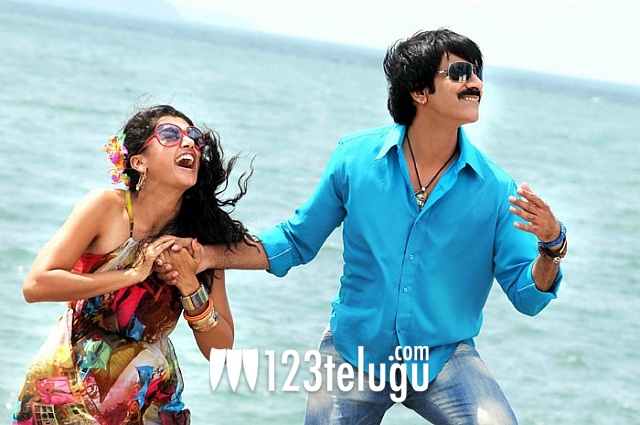 Mass Maharaja Ravi Teja’s socio fantasy entertainer ‘Daruvu’ is in the final stages of shooting and currently, the last song is being shot on Ravi Teja and Tapsee at Rock Castle in Hyderabad. The entire area has been decked up colourfully for the song.Shiva is the director of this movie and Burugupalli Sivaramakrishna is the producer.

The film is carrying the tag line ‘sound of mass’. Daruvu will hit the screens on May 4th and music is being scored by Vijay Anthony.