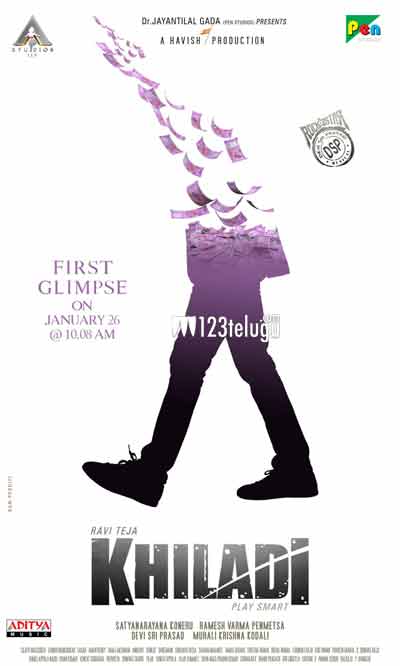 Hero Ravi Teja is fresh from the blockbuster success of Krack. With a renewed energy, he is currently working on his upcoming high budget action entertainer, Khiladi. And it’s time for the launch of the film’s much-awaited first glimpse.

Khiladi’s first glimpse will be out on January 26 at 10:08 AM on the occasion of the Mass Maharaj’s birthday. The film has young beauties Meenakshi Chaudhary and Dimple Hayathi as the female leads. Star composer DSP is scoring the soundtrack for this Koneru Satyanarayana production.