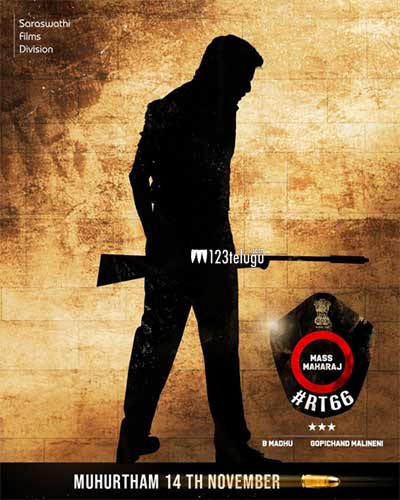 Hero Ravi Teja’s 66th film is all set for a grand launch. The project will have its muhurtham ceremony on the 14th of November. The film’s cast and crew and several Tollywood celebrities will attend the launch. After Balupu, Ravi Teja will once again be teaming up with Shruti Haasan and director Gopichand Malineni for this project.

This as-yet-untitled film is a cop drama and Ravi Teja will be seen in a powerful policeman’s avatar. Tamil actors Samuthirakhani and Varalaxmi Sarathkumar will be playing key roles in the movie. Thaman is the music composer and Tagore Madhu is the producer of the film.