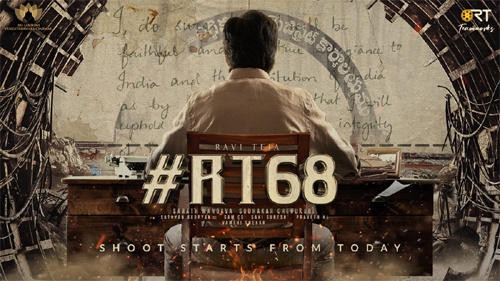 Hero Ravi Teja’s much-awaited action drama went on floors on July 1st. The film is inspired by real incidents that occurred in Andhra Pradesh a few years ago. The shoot announcement poster that was released recently had Ravi Teja sitting in a government office, with the sign board of an Executive Magistrate Office in the background.

Now, the latest reports reveal that Ravi Teja will be seen as a Mandal Revenue Officer (MRO) in this as-yet-untitled film. Apparently, Ravi Teja will be playing the role of an honest government employee who goes to any extent to fulfill his duties. More details about the film will be out in the coming days.

Majili actress Divyansha Kaushik is the leading lady in this movie that’s being directed by debutant Sarath Mandava. Sudhakar Cherukuri is bankrolling the project. Sam CS is scoring the soundtrack.