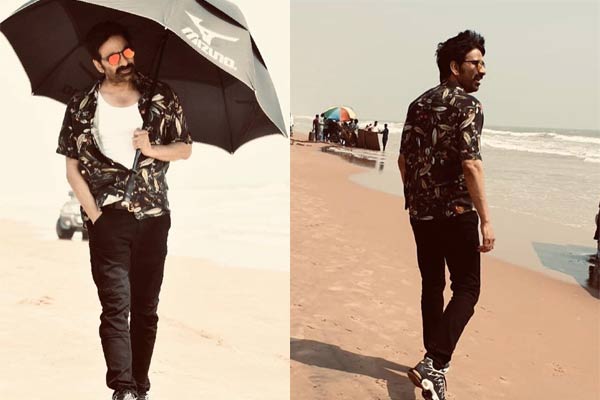 Hero Ravi Teja has been out of action due to the COVID-19 lockdown since March. The actor took to Instagram and shared a few pictures in which he looked stylish in a lean and fit avatar by the beach. “Missing the sets,” Ravi Teja posted, further saying that Krack will resume soon.

Ravi Teja plays a cop in this Gopichand Malineni directorial. The film is based on real incidents that occurred in Vijayawada several years ago. Shruti Haasan is the leading lady in the movie which is being produced by Tagore Madhu. Thaman is the film’s music composer. Stay tuned for further updates on the film’s next schedule.