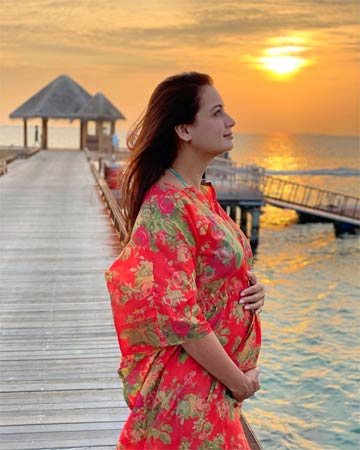 Fans wondered why Bollywood actress Dia Mirza, who’s maiden Telugu movie Wild Dog released today, was missing in action during the film’s promotions for the last couple of weeks. And the reason behind Dia’s mysterious absence was revealed by the actress herself.

Last night, Dia pleasantly surprised everyone by announcing her pregnancy. The former Miss Asia Pacific title winner took to Instagram and shared a gorgeous photograph in which she was proudly showing off her baby bump. The photograph was taken in Maldives, where Dia is on a holiday with her husband Vaibhav Dekhi. The couple tied the knot in February this year.