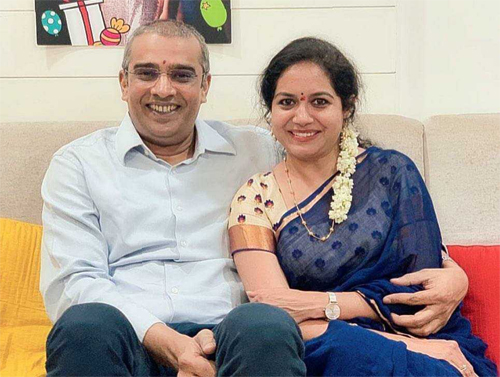 Popular playback singer Sunitha and her beau Ram Veerapaneni were supposed to tie the knot in December. However, the big day was later postponed to January last week. Even Sunitha had confirmed in an interview that her wedding will be in January.

Now, it has been confirmed that Sunitha and Ram will be entering into wedlock on January 9. And the reason behind this postponement of the wedding date is the lack of auspicious muhurthams for nearly 3 months after Jan 9. The wedding will be a grand but intimate affair and only close family members and friends will be attending the occasion.