Reason why Nani’s Shyam Singha Roy is progressing despite COVID scare
Published on May 2, 2021 7:00 pm IST 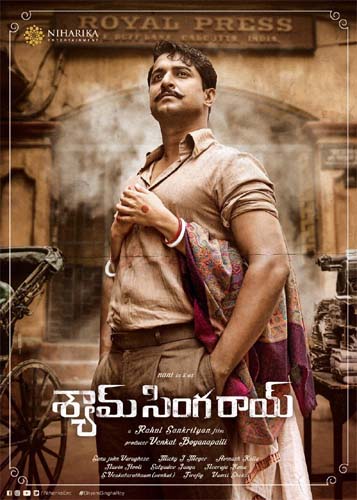 While almost all the shootings in Tollywood have been stalled due to the second wave of Coronavirus, the team of Nani’s Shyam Singha Roy is braving the pandemic and has been busy shooting non-stop. SSR’s team decision to continue with the shooting even in these scary times has been criticized.

SSR’s shooting is currently underway at the lavish vintage Kolkata set that was built with a whopping Rs 6.50 crore in an area spread across 10 acres on the outskirts of Hyderabad. Apparently, SSR’s team is determined to wrap up the shooting now only because the set may be destroyed once the monsoons hit Hyderabad, which may leave the makers in huge losses.

A major portion of the film’s shooting has been completed already, and the entire shoot is expected to be wrapped up this week. SSR is slated to hit screens in December. Sai Pallavi, Madonna Sebastian and Krithi Shetty are the female leads in this Rahul Sankrityan directorial. Venkat Boyanapalli is bankrolling this high budget entertainer.