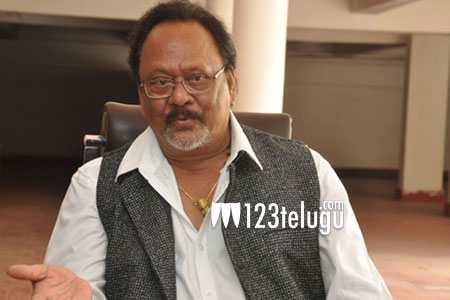 Yesteryear hero and senior politician Rebel Star Krishnam Raju will be conferred with ‘Nata Virat’ title by the Subbarami Reddy Lalitha Kalaparishath, a cultural trust being run by the noted filmmaker, industrialist and Congress MP Subbarami Reddy, on the 7th of this month on the occasion of Maha Shivaratri.

Krishnam Raju is known as the Rebel Star of Telugu Cinema for his rebellious acting. The stalwart actor earlier won 4 Filmfare and 3 Nandi Awards. After a brief hiatus, the veteran star has again become active in politics of late.

Recently, Krishnam Raju revealed that he will make his dream project ‘Okka Adugu’ with Prabhas, after the Young Rebel Star finishes his immediate commitments.