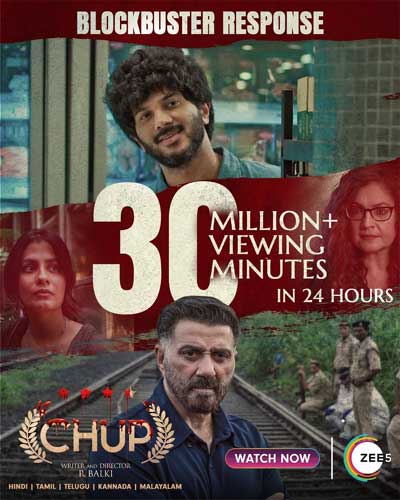 Dulquer Salmaan, who is increasing his range with each passing film, is last seen in the thriller Chup. R. Balki directed this thriller, and the film is about a killer who goes on a killing spree of film critics who give dishonest reviews. The movie was a good hit in theatres.

Yesterday, the film got premiered on ZEE5 in major Indian languages. The OTT platform reported that the film clocked 30 million streaming minutes within 24 hours, which is sensational. Shreya Dhanawanthary played the female lead.