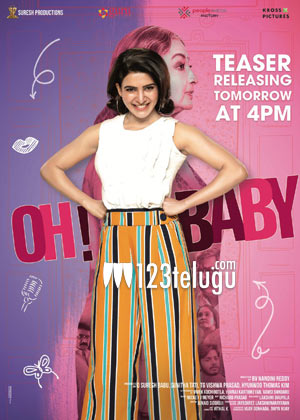 Oh Baby is one Samantha film which brought her the tag of lady superstar in Tollywood. The film made good money at the box office and won a lot of hearts among the audience.

The latest we hear is that the film will be dubbed in Tamil and Malayalam very soon. Suresh Productions itself is trying to dub this film in both these languages.

As of now, Samantha is yet to announce her new film and this has created a great eagerness among the media as to which film she will do next and with whom.