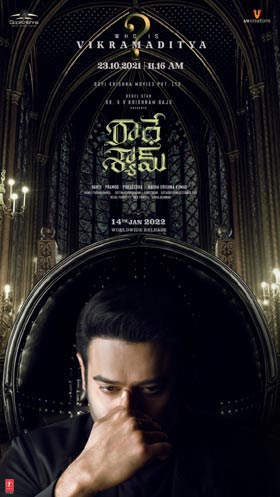 Prabhas and Pooja Hegde starrer Radhe Shyam is set to release on a grand scale. The film will apparently be releasing in record number of screens in the Northern circuit.

Radhe Shyam’s Hindi distributor has reportedly locked over 3500 screens for the film in the North India circuit. This is one of the highest ever tally of screens for any South Indian film.

Radhe Shyam will get one of the biggest ever releases in the history of Indian cinema. The film will be out in theaters on the 14th of January next year.