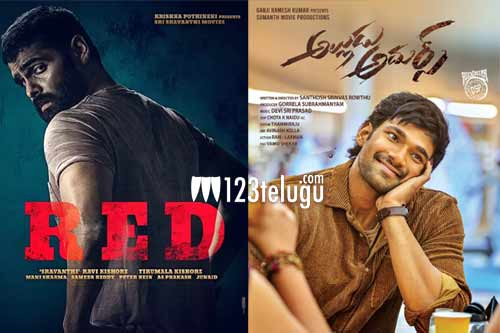 Red is a film that was much-awaited as it had the crazy combination of Ram and Kishore Tirumala. As it was a festival release, the film managed some solid collections on day one.

As per the latest update, the film made 2.02 crores share in just the Nizam alone. This is a good figure considering the 50 % occupancy in the state. On the other hand, Alludu Adhurs also released yesterday and opened on a slightly dull note.

As per the trade update, the film made 68 lakhs in Nizam yesterday. With still the festival season on and weekend coming in, the films have some more time to make merry at the box office.