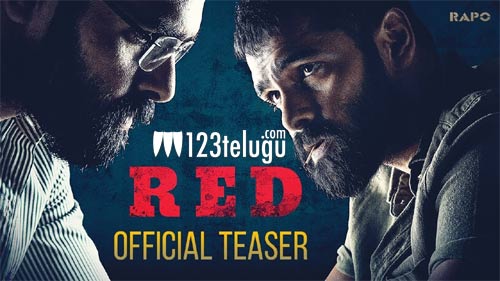 Ram made a superb comeback with the film Ismart Shankar which was a rage at the box office. Now, he is back with yet another hard-hitting film Red.

The teaser is out now and showcases Ram in two different roles. The crime setup and how both the characters are creating confusion has been elevated well.

Ram looks quite rugged with his look and his body language is also neat. Nivetha Pethuraj is shown as the cop who is investigating the case.

The set up is quite intriguing as director Kishore Tirumala has kept things engaging. Produced by Ram’s home banner, this film will be out on April 9th